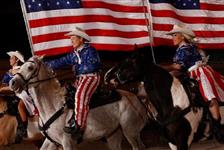 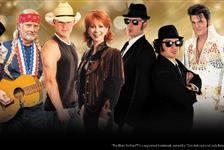 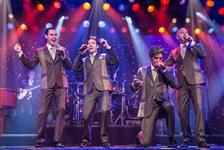 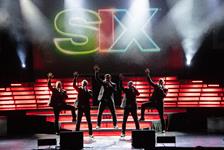 All Hands On Deck! Show is not currently available.

The All Hands on Deck Show is all-new to Branson, fresh off a national tour. Themed as an All-American 1942 Roadshow, audiences are treated to singing, dancing, a 9-piece orchestra, funny skits, and 42 of the greatest American songs ever written. Celebrate the American way of life, and honor our veterans who have made it all possible at this patriotic Branson show.

Featuring Broadway Veterans Jody Madaras and Valerie Hill, a cast of New York voices, the rich sounds of Branson's Largest LIVE Big Band Orchestra (9-piece Hollywood Victory Caravan Orchestra), and 42 of the greatest American songs ever written. November-December performances feature "Christmas 1942." 'The ALL HANDS ON DECK! Show' offers a musical message for all Americans with a full-circle patriotic salute celebrating the American way of life; reminding us of a time when our country was fully united.
Come celebrate America with Us -- Get your tickets today!

“A patriotic shot in the arm!” -Patrick Brent, Hawaii UPI

“One of those rare shows where audiences walk out smiling and singing!” - Times Square Chronicles

“All Hands on Deck” is a fantastic singing and dancing tribute to the Greatest Generation, those who fought and lived through World War II.” - The Spokesman Review

Our History
“We are reminded every day that our country has challenges. I wanted to write about patriotic unity, what’s right about our country, and thank our veterans in a musical way. I know how much these songs mean to them, and I have discovered as we have toured across America how much they inspire audiences of all ages. I want everyone to leave our show feeling a little better and happier about our country.” - Jody Madaras, creator/producer
Read More 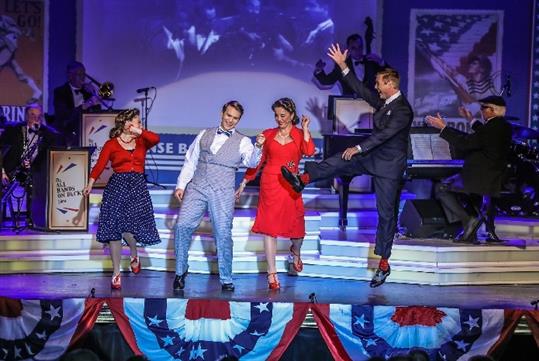 Frequently Asked Questions about All Hands On Deck! Show

How long is the show?

The show is approximately 2 hours long.

Where is the show performed?

We are here to help:

Don’t take any chances with your trip. Whether you need assistance booking, helpful details for you to be prepared, or need to make a change, our knowledgeable and helpful customer support team is prepared to assist you.

By Phone: 1-888-318-6474
8 AM to 5 PM Central Time 7 days a week
Email Us:
customerservice@tripster.com
Have General Questions? You can view our FAQs for possible quick answers.